Letter Appealing Against an Exclusion from School 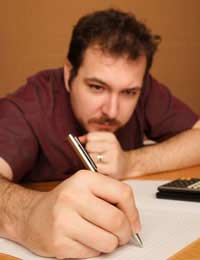 Having your child excluded from school can be a difficult, even traumatic experience. Permanent exclusion from school can have a lasting impact on the child’s education and, understandably, many parents want to appeal against decisions of this sort.

Exclusion decisions are not come to lightly. A good headteacher, acting within the rules and guidelines, will exclude a pupil only when there is a significant body of very good evidence to suggest both that it is the right thing to do, and that there is no alternative but to exclude.

Sometimes, though, the process does not work as it should. Permanent exclusions sometimes occur when, in fact, the school should have taken other action – for example a temporary exclusion, or other disciplinary action. In these cases, you may well consider lodging an appeal against the exclusion.

How Can I Appeal Against an Exclusion?

Appeals against temporary exclusions, however, are normally handled by Appeal Panels operated by the local council. In fact, local councils may have a range of different Appeal Panels; in addition to their exclusion panel they are also likely to have, for example, an admissions panel that adjudicates when a parent is unhappy that their child has not been granted a place at their first choice of school.

Who Decides on Appeals?

The Appeals Panels are normally made up of two separate ‘groups’ of people. The first group is individuals who have experience of the education system. This experience need not necessarily be professional; this group might include parents, for example, as well as teachers or teaching assistants. The second group is made up of people who have not previously worked at a school, other than as a volunteer.

Members of the Appeals Panels are not paid; they do the job as volunteers, for expenses only. Parents who make appeals are not told who the members of the Panels are, and the meetings are held in private.

In order to appeal, you must write to your local council within 15 days of the governors’ meeting at which it was decided that your child was to be excluded. The following is an example letter appealing against an exclusion.

I am writing to appeal against the decision to permanently exclude my son, Tom Smith, from the Example School.

I believe the decision, which was made at a governors’ meeting on 1 March 2011, was made for reasons that are not valid within the guidance given by the Secretary of State for Education.

Tom has apparently been excluded because of his continual failure to do his homework, as well as his refusal to complete work in class. I understand that both of these things constitute major problems, and that they need to be addressed. But I do not believe that exclusion is the correct course of action to remedy these problems.

Furthermore, I understand that permanent exclusion is specifically deemed inappropriate by the Secretary of State in cases such as these. I would particularly refer you to paragraph 26 of the Guidance on Exclusion, which states that exclusion is an inappropriate solution to problems like a failure to do homework, or poor academic performance.

In understand that there is a formal appeals procedure for permanent exclusions. I therefore request that this case be referred to an independent Appeal Panel for reconsideration.

With thanks for your time.

The process of appealing against an exclusion decision can be a difficult and stressful one. But appeals panels do often find in favour of the parent – and even if the decision to exclude your child is upheld, there is no cost to you involved in bringing an appeal. You should therefore seriously consider appealing against an exclusion if you wish for your child’s place to be reinstated.

Write to School to Ask About its Discipline Policy

Write to School to Ask About Anti Drug and Alcohol Policy

Letter to School About Another Child's Behaviour
Share Your Story, Join the Discussion or Seek Advice..
[Add a Comment]
please remove my nick name as it was autofilled!!! from previous comment Y A E
yeh - 11-Jun-21 @ 11:48 PM
My child is in year 9 and has been excluded from school for having a vape on him and trying to sell the liquid to others kids at school. Is there anything I can do?
Naz - 26-Nov-20 @ 1:00 PM
My child has been excluded from headteacher and school governed .a boy gave him fire works so he decided to play with it indoors of the school.my child goes to Aston engineering academy because he wants to be an aerospace in the future .he is really sad he lost his place,as well as me.need help to write a letter against the decision .thanks for your help
Emmy - 5-Jan-20 @ 7:24 PM
Please help me write a letter to appeal on student expulsion from school due to examination malpractice
Iamdayour - 14-Jun-19 @ 11:42 PM
My son was expelled from school for smoking dagga in school but he has never been charged with an offence before .And as per their code of conduct there is nowhere where it's stated that he can be expelled only suspension and intervention of authorities if drugs were found on him
Nunu - 19-Feb-19 @ 10:46 PM
Title:
(never shown)
Firstname:
(never shown)
Surname:
(never shown)
Email:
(never shown)
Nickname:
(shown)
Comment:
Validate: