Home > Behaviour, Absence & Exclusion > Write to School to Ask About its Discipline Policy

Write to School to Ask About its Discipline Policy 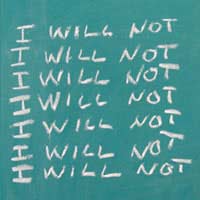 Schools should all have a discipline policy to promote positive behaviour in the classroom and on the school premises, as this encourages children to gain a sense of self-discipline and respect for other children, parents and adults.

You may want to find out more about your child's school's discipline policy since punishments or sanctions of students, used to discourage pupils from misbehaving, will impact your child's character.

Schools should have set behaviour policies, that should be regularly reviewed, available for parents, staff and pupils to easily access. These might be on the school's noticeboard as well as accessible on a website or sent to parents and children in the post.

Behaviour policies should include a code of conduct for pupils to follow, that may apply not only during the school day but also before and after school, and in the playground as well as in the classroom.

Legally, schools have a right to place reasonable sanctions on a student if she or he has behaved badly. The kinds of punishments that schools in the UK use include sending letters home to parents or carers to inform them of a child's misbehaviour, taking a student out of a class or group, removing a student's privileges, such as their right to a play time, taking away property that is inappropriate to have in school (such as an iPod or mobile phone, if disallowed by school policy), or detention.

Another issue you might want to enquire about is how teachers can put a stop to playground fighting between pupils. While teachers are not allowed to punish pupils in a physical way, they are permitted to use physical restraint if such a response is needed: to stop pupils from injuring each other; injuring someone else; damaging school; damaging other property or causing serious disruption.

Schools are allowed to search pupils suspected of having a weapon, and can ask for detentions to take place during the school day, as well as after school or even at weekends; but if your child is given a detention that occurs out of school hours, you as a parent or carer should normally be given 24 hours’ written notice, in a letter that should also inform you about the reasons behind the detention and its location and duration.

These might include exclusion, where parents have a duty during the first five days to make sure that the child is not present in a public place during normal school hours, either with parents or without, as well as following any arrangements made by the school from the sixth day of the exclusion.

A last resort method of discipline by a school will be permanent exclusion. In this case, you should know that the school's governing body are required to review the headteacher's decision to permanently exclude a child, and you may meet with the governors to explain your views on the exclusion. If this goes ahead, you can appeal to an independent appeal panel run by the local authority

This letter format laid out below shows parents how they can write to a school to ask the headteacher for more information about their discipline policy.

My son, Dilbert Morkins, is due to start in year 11 at The School House in September of this year. I am writing to you to find out more about the school's discipline policy. As Dilbert will be joining the school in the 'middle' of the school rather than at a more traditional entry point, this is a particular concern.

I gather that all schools have a discipline policy regarding both the encouragement of positive behaviour and discouragement of unpleasant behaviour. Do you have a pupil code of conduct available that my husband and I could talk through with Dilbert before he begins at his new school? Do you have a policy on punishments for common misdemeanours? Does the school dole out detentions, for example?

Letter Appealing Against an Exclusion from School

Write to School to Ask About Anti Drug and Alcohol Policy